I can’t believe how incredibly stupid that person in front of me is. If they weren’t sleeping at the wheel, they would have made it through the traffic light and I wouldn’t be sitting here. I cannot fathom why that new guy at work got the promotion and not me. He knows absolutely nothing and I know this pace inside and backwards…stupidity reigns. My wife knows that drives me crazy and I’ve told here 100 times not to do, but oh no.

Anger is not pretty, in fact, it’s downright ugly. At my last church, we asked members to take an online spiritual self-assessment. One interesting thing that came out of that self-assessment was that the most commonly mentioned self-identified sin by men…that they wanted like to get under control was…anger. They saw ugly anger in their lives. They knew it didn’t flow out of their faith. They knew it hurt them, it hurt others, and it hurt God…and they wanted help.

We’re in Week 2 of a series of messages called Portraits of Grace. In this series we’re looking at people in the OT who were chosen by God to do great things even though they were deeply broken & flawed people.

Last week, we looked at Aaron, the big brother of Moses. Aaron was a people-pleaser, who so often allowed his love for the approval of others to grow bigger than his love for God. Yet despite this, God grace painted over Aaron’s flawed portrait. God had plans for Aaron.

Moses is one of the best known people in the OT. My first impressions of Moses came via Hollywood and its 1956 Movie The Ten Commandments with Charlton Heston playing Moses. I’ve read that Moses is mentioned in the NT part of the Bible more than any other OT person. Yet one doesn’t have to look hard to see his brokenness. Moses wrestled with issues of anger. Like Aaron, his older brother, God’s grace painted over Moses portrait with grace and forgiveness and God used him some of the incredible ways.

Moses was born in Egypt around 1,526 B.C. His people, the Hebrews, were enslaved to the Egyptians. At the time of his birth, the Egyptian Pharaoh called for all new-born Hebrew babies to be killed because of the “over-population” of the Hebrew slaves. Moses’ mother, in an effort to save his life, put Moses in a basket in the Nile River. He was found by Pharoses daughter who raised Moses as her own son. Moses received the finest schooling in Egyptian culture and studies. Later in his life God chose Moses to lead the Hebrew people out of slavery and into freedom. Moses looked upon as the greatest prophet of God in the OT and he did many miracles, like dividing the Red Sea. God used Moses to write the first 5 books of the OT. But Moses greatest, most ultimate goal was to lead his people to the Promised Land of God. But this was never accomplished because of his tragic flaw, anger.

There are multiple examples in the OT showing Moses’ issue with uncontrolled anger. Here are two of them.

Moses’ uncontrolled anger led him to murder a person. Exodus 2:11-14, One day, after Moses had grown up, he went out to where his own people were and watched them at their hard labor. He saw an Egyptian beating a Hebrew, one of his own people. 12 Looking this way and that and seeing no one, he killed the Egyptian and hid him in the sand.13 The next day he went out and saw two Hebrews fighting. He asked the one in the wrong, “Why are you hitting your fellow Hebrew?” 14 The man said, “Who made you ruler and judge over us? Are you thinking of killing me as you killed the Egyptian?” Then Moses was afraid and thought, “What I did must have become known.” Realizing his act of murder was known, Moses fled into the desert.

A second example of Moses anger issue comes from today’s 1st reading. Moses has led his people out of Egypt. God manifested his might and power through Moses by dividing the Red Seas, saving the Hebrew people from the Egyptian army. They were in the desert and the Israelites were whining and complaining, showing no trust in God. They even said they would be better off back in Egypt as slaves. Moses and Aaron go to God. Numbers 20:7-8, The LORD said to Moses, 8 “Take the staff, and you and your brother Aaron gather the assembly together. Speak to that rock before their eyes and it will pour out its water. You will bring water out of the rock for the community so they and their livestock can drink.”

The instructions were clear, but this is what Moses did, Moses said to them, “Listen, you rebels, must we bring you water out of this rock?” 11 Then Moses raised his arm and struck the rock twice with his staff. Water gushed out, and the community and their livestock drank.

Moses anger got the best of him. Instead of simply speaking to the rock, Moses made a big show of it, hitting the rock twice and actually taking credit himself for producing the water. It doesn’t seem like a big thing to us, but God knew what was going on in the heart of Moses. Emotions of anger & frustration blinded him from trusting God’s clear word.

There are consequences to angry outbursts. For Moses the consequence was that God would not allow him to achieve his ultimate goal of leading his people into God’s Promised Land.

It was on Tuesday of this past week that I started to wrap my brain around the message. Wednesday morning, as I was driving to church for work, this huge garbage truck pulled in front of me. I was not happy and started to get a little hot. It seems stupid now. It wasn’t a big thing, but the uncontrolled emotion of anger led me in the opposite direction of love. Rather than words of blessing and grace coming out of my mouth, words of anger came out. That is not who I want to be.

That is not the person God has recreated me to be. When the Apostle Paul wrote in 2 Cor. 5:7 …if anyone is in Christ, the new creation has come:] The old has gone, the new is here! not only was he saying my sin is forgiven, so also that my old sinful ways need to be gone.

Anger is a human emotion that is not always bad and a sin. We see this in today’s Gospel reading in which anger is attributed to Jesus. Mark 3:5, He looked around at them in anger and, deeply distressed at their stubborn hearts, said to the man, “Stretch out your hand.” He stretched it out, and his hand was completely restored.

Anger seems to be an early warning system God planted in us. It can help us detect things that are not right, but when uncontrolled it turns into a destructive force. That’s why Paul tells us in Ephesians 4:26, “In your anger do not sin”: Do not let the sun go down while you are still angry,27 and do not give the devil a foothold.

When we store up unresolved issues, they serve as combustible material for when we do get angry. And then when we experience the spark of anger that storage of fuel explodes and destroys.

So how can we control anger and allow it to serve us and other for the good? Paul gives us a key. In Ephesians 4:31-32, he wrote, Get rid of all bitterness, rage and anger, brawling and slander, along with every form of malice. 32 Be kind and compassionate to one another, forgiving each other, just as in Christ God forgave you.

The antidote to anger is forgiveness. When we allow forgiveness to seep into our hearts it has this incredible effect on anger. It dissolves it. Forgiveness and sinful anger cannot exist together.

The forgiveness that dissolves anger doesn’t start with us extending it to others. It begins with us receiving forgiveness. God in his grace extends to us full and complete forgiveness through Jesus. That is to say, God paints over our flaw portrait with his grace and forgiveness. Ephesians 1:7, In him we have redemption through his blood, the forgiveness of sins, in accordance with the riches of God’s grace.

When I was a missionary in Togo a friend betrayed and harmed Missy and me. I was angry and it wasn’t a Jesus-like, righteous anger. I soon realized that this anger toward another person who had wronged us was acting like a poison to my spirit. But I just couldn’t find in myself the spirit to forgive him. I wanted to be angry, but it was hurting me. I shared this experience with a friend, Dave, and he said he found that the best way to find the desire & strength to forgive was to pray for that person. So I started to pray for this person. What I found and experienced was amazing. In prayer, I was of course reminded of treasure I had been given in being forgiven by Jesus and as I prayed for this person’s wellbeing, God dissolved my anger. 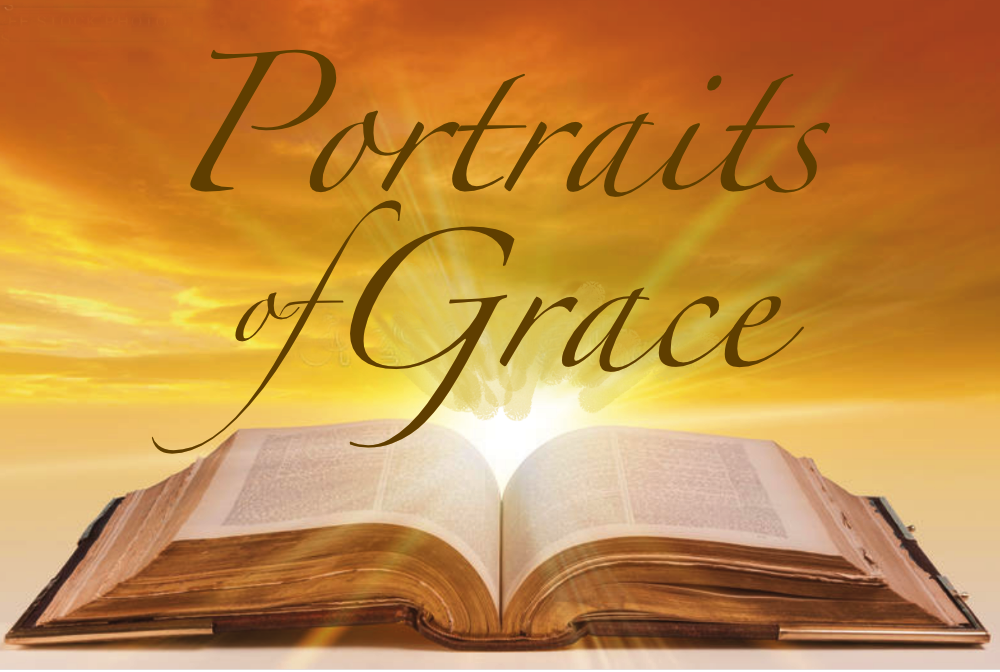 More in Portraits of Grace