Rediscovering the Cross and Crown Window 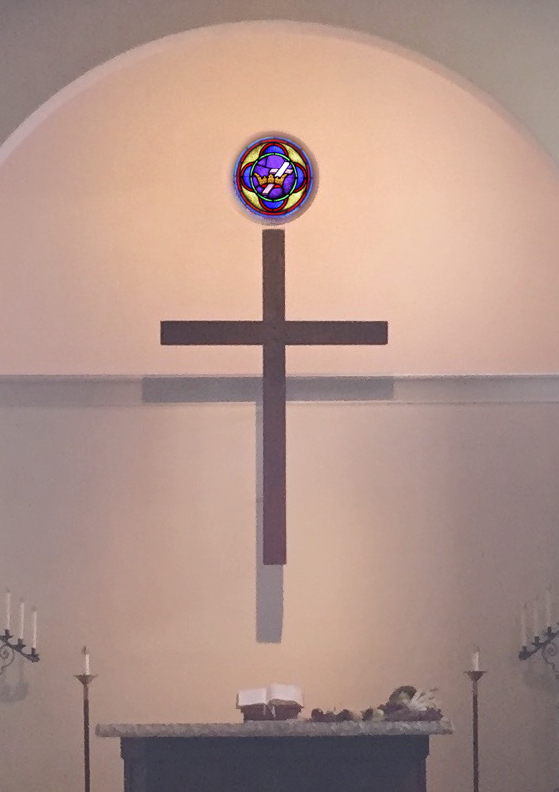 Some of the beautiful features of the First Lutheran Church sanctuary are its stained glass windows. One of the original windows, the Cross and Crown, was hidden from view for over 50 years. It originally was installed in the chancel of the first sanctuary, now Smith Fellowship Hall. When the present sanctuary was built in 1952, the window was moved from the old to the new chancel. Strangely, in its new location a wall blocked the view of the window from the congregation. Those who were here in 1952 soon forgot about the hidden window. Those who came later never knew it existed.

On September 11, 1998 an accidental fire severely damaged our church. Naturally, the congregation was devastated, but the arduous task of restoring the sanctuary began. It was in the demolition phase on a bright sunny morning the workers broke through the burned chancel wall and to everyone’s surprise this radiant window was revealed. It is as if it were released from captivity. From that moment the window figured prominently in the design of the restored chancel. It continues to be a focal point in our worship, reminding us of God’s promise: “Remain faithful, even when facing death, and I will give you the crown of life.” Rev. 2:10. 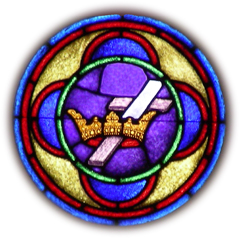